Susan Crean’s memoir Finding Mr. Wong chronicles her effort to piece together the life of the man she knew as Wong, cook and housekeeper to her Irish Canadian family for two generations. Reminiscing, Crean writes, “I grew up in Mr. Wong’s kitchen …” A Chinese Head Tax payer hired by Crean’s grandfather in 1928, Wong Dong Wong remained on the job following Gordon Crean’s death in 1947. Mr. Wong eventually retired in 1965 and moved to Chinatown. Crean’s homage weaves the various strands of her memories of and discoveries about Mr. Wong during the last 25 years of his life; she travels the streets and histories of Chinatowns in Vancouver and Toronto, Canada, and twice she visits Guangdong, China, where she located his home village, found descendants of his father’s brother, and learned the beginning of his story: orphaned as a newborn, then brought to Canada by his uncle, Wong YeeWoen. 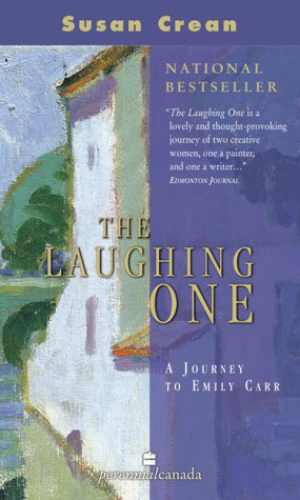 Winner of The Hubert Evans Non-fiction Award (BC)

A JOURNEY TO EMILY CARR

Much has been written about Emily Carr, seminal Canadian artist; eccentric and cantankerous woman; and “appropriator” of native culture, but few have explored how and why Carr has become a national touchstone, an icon who has helped us define who we are as Canadians. Writer, art historian and cultural critic Susan Crean does just that in The Laughing One, a fresh and unique investigation of Emily Carr and her influence. Crean uses a multi-layered structure that combines historical research, including never-before-published material; fictionalized accounts of key events in Carr’s life; and the author’s own forays into Carr territory, reflecting on the startling connections between Carr’s nineteenth-century sensibility and our present concerns with the environment; assimilation and destruction of native culture; spirituality; and identity. 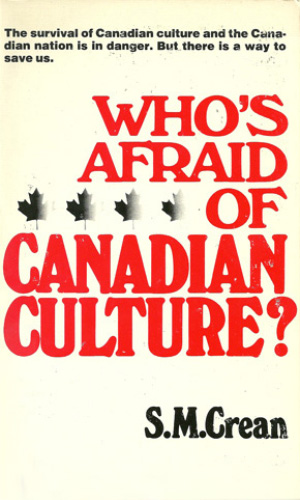 WHO'S AFRAID OF CANADIAN CULTURE?

In Who's Afraid of Canadian Culture, a forceful case is made for rejecting the motherhood notion of cultural democratization and substituting concern for sensitive cultural diffusion and greater decentralization. Why is this? Simply because a mere increase in artistic activity will not sufficiently alter the basis cultural pattern in Canada which tends to favour the imported over the indigenous as well as the traditional over the contemporary. As a result, cultural decentralisation is advocated as a more genuine solution to the problem of rendering an indigenous flavour and autonomous nature to Canadian cultural accomplishment. In this way, local and regional touring of artistic activities and community cultural exchanges can act as more effective complements to national developments. Given the recent federal and provincial interest in these questions, the conclusions arrived at in this study could hardly be more timely. 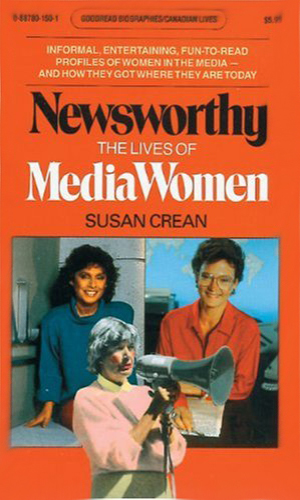 THE LIVES OF MEDIA WOMEN

Susan Crean has written profiles of more than a hundred Canadian media women, print journalists, writers, editors, radio and television broadcasters. They tell the stories of their careers, and the obstacles they've overcome in pursuit of success and power. Women are more prominent than ever before in the media--but as this book makes clear, many barriers to advancement remain.

Newsworthy: The Lives of Media Women offers lively portraits of many of Canada's most successful media personalities. 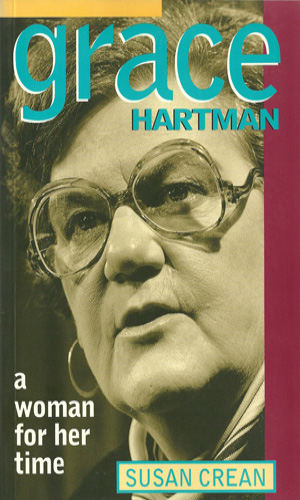 A WOMAN FOR HER TIME

Years before women were allowed to read the news on television, Grace Hartman was on television making the news. In 1954, to help pay the mortgage on her family’s new suburban home, Grace Hartman took a job with the Township of North York. Hartman soon became active in her union, where she dedicated herself to improve the worker’s lot. Twenty-one years later Hartman was still a worker, but no longer a secretary for North York: she was president of the Canadian Union of Public Employees, the largest union in Canada. Hartman was the first woman to lead a major labour organization anywhere in North America.

Grace Hartman — A Woman for Her Time is the story of a labour activist who served two months in jail at the age of 62 for defying a court order and asserting her members’ right to strike. It is the story of a visionary feminist who helped found the National Action Committee on the Status of Women, who stood up to Pierre Trudeau over wage and price controls because she saw that her sisters would bear their brunt. It is the story of a lifelong and committed social activist who fought tirelessly, both inside and outside the labour movement, for women’s rights and progressive causes. 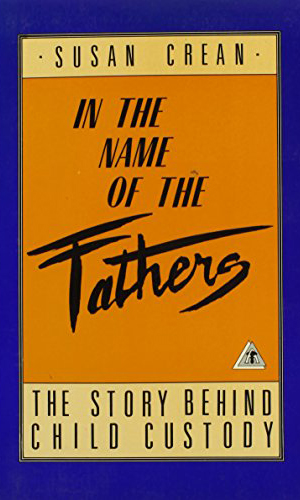 IN THE NAME OF THE FATHERS

THE STORY BEHIND CHILD CUSTODY

Almost everyone is affected by divorce, child-rearing and support and by the changing structure of the family in our society. But how many understand the issues and problems involved around custody of children when families split up? What is fair and best for the child? In this compelling expose, the author of three previous books, journalist and lecturer Susan Crean, examines the controversial phenomenon of "father's rights" and mandatory joint custody.

Two Nations: An Essay on the Culture and Politics of Canada and Quebec in a World of American Pre-eminence (also published as Deux Pays Pour Vivre: Un Plaidoyer) calls into question "a certain model of industrialized society, focused on unlimited growth and where power is the privilege of a few". For the authors, cultural domination is the ultimate form of imperialism that the people of Quebec - and Canada - must free themselves from.

This book is the product of an unusual and very fruitful collaboration between two writers: one, a young anglophone critic who has been active in cultural affairs in Canada for more than a decade; the other, a distinguished Quebec scholar and historian. Together, they address questions about the survival of English-Canadian and Quebec society and culture which are usually discussed in isolation by each of the “two nations.” The result is a book which offers a new perspective on this important subject. 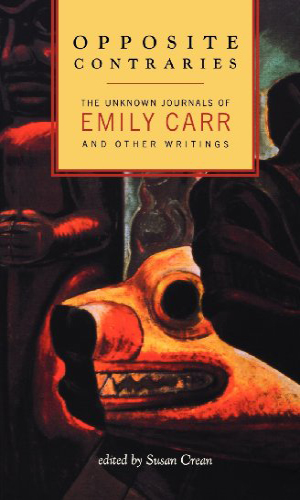 UNKNOWN JOURNALS OF EMILY CARR AND OTHER WRITINGS

Emily Carr was an extraordinary writer and artist. Although primarily a painter, she first gained recognition as the author of seven popular, critically acclaimed books. Award-winning author Susan Crean has gathered here, for the first time in book form, previously unpublished writings from Emily Carr's journals, notebooks and correspondence. Included are 42,000 words expurgated from Carr's published journals, with passages about her friendship with Sophie Frank (a Squamish basket maker), details of Carr's spiritual quest, her dreams, and anguished thoughts about her sisters and family. Those who love Emily Carr's art will delight in reading the complete text of her groundbreaking 1913 "Lecture on Totems," her first writing on Native imagery and Native people. Crean also presents significant portions deleted from Carr's first book, Klee Wyck, after her death. New revelations include the full text of Carr's account of the famous and much debated "brutal telling" (when her father told her the facts of life), presented in one of the letters to her friend Ira Dilworth. And the original voice of Sophie Frank is acknowledged in three surviving letters to Emily Carr.

Susan Crean's introduction to Opposite Contraries and to each of the book's three sections provide an illuminating context, both historical and cultural, in the fascinating story of Emily Carr. 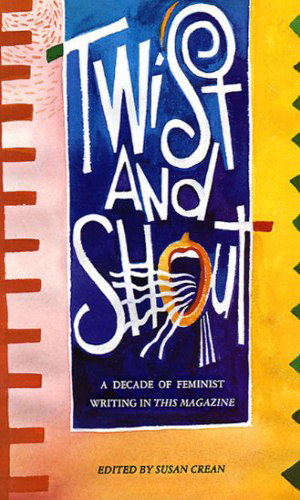 A DECADE OF FEMINIST WRITING IN THIS MAGAZINE

The ‘Mother Jones’ of Canada, This Magazine has showcased magnificent critical writing for more than a decade. Through various articles, writers of the calibre of Margaret Atwood, Susan G. Cole, Timothy Findley, Katherine Govier, Myrna Kostash, Linda McQuaig, and Libby Scheier have explored and exposed a broad spectrum of women's issues, concerns and experiences. In Twist and Shout, Susan Crean has taken thirty-five of the best pieces and created a document which paints a provocative and compelling picture of women in contemporary society as seen by some of its most astute observers.