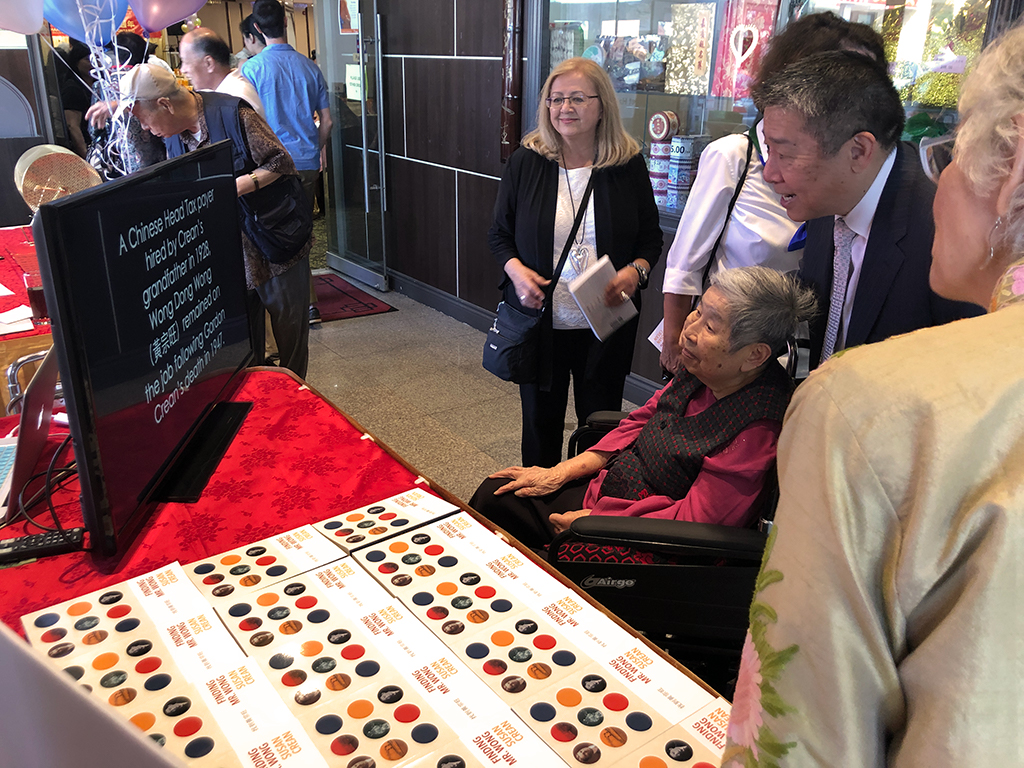 Author Susan Crean was at the annual Wongs' Association Banquet speaking about her book Finding Mr. Wong.  Below you can watch a 'teaser' video (created by Shan Qiao) for the book that was presented at the banquet.

Read more about the Wongs Association in this post: Visiting The Wongs' Association.