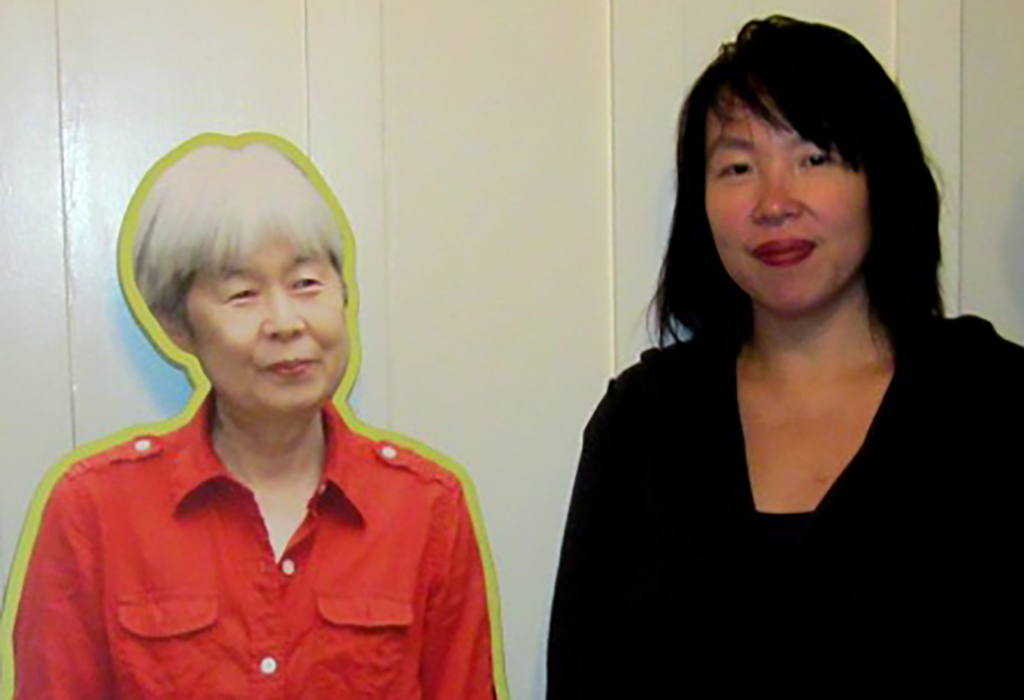 A tradition at Kogawa House is the reading series Writing for Social Change. This year I have invited six writers to join me in what once was the Kogawa family living room, to read and talk about their writing. I have not restricted myself to non-fiction, as I find writers working with documentary — actual characters and real events — in all sorts of genres.

I began with poet Evelyn Lau whom I first heard about in the late 1980s. I was on a train returning to Toronto from Ottawa after an appearance with other artists at a public session on cultural policy, sitting beside the representative of the Canadian Authors’ Association. Not yet brain-dead after a long day of talk, we chatted about our writing projects and the books we were reading. He waxed on with great enthusiasm about a very young writer who’d written a book about her life after walking out on her parents at the age of fourteen to live on the streets. He was going to ensure her book was published. The man was Fred Kerner to whom Evelyn dedicated her book, and Runaway: Diary of a Street Kid was the bestseller that launched her career.

She followed that with You Are Not Who You Claim which won the Milton Acorn Peoples’ Poetry Award given to courageous writers who, like Milton, challenge mainstream complacence. Two years later, in 1992, Oedipal Dreams was nominated for a Governor General’s Award making Evelyn the youngest nominée in the award’s history.  And since then she has continued to push limits, court controversy, and to write stunning poetry.

I have always liked listening to artists in conversation with other artists; ever since I heard (and met!) James Baldwin in conversation with a small audience at a local bookstore when I was living in Italy in the sixties.  So the readings I host are conversations, too.  Evelyn read mostly from her 2010 collection Living Under Plastic, a title referring to Vancouver’s infamous leaky condos. These poems are about urban life, about death (her father, an aunt, several friends), about shopping malls, leaking buildings, and probably the trippiest poem you’ll ever read about mosquitoes. Seriously.

In Lau’s poetry, the nasty side of humanity is presented without fanfare or saving grace, yet with measured compassion. Even in her poem “The Pickton Trial” where she speaks of “the body’s memory of prostitution”, and depicts the universal experience of women living with terror in the shadow of indifference, she quotes the murderer saying “…once, I had a chance, for me, believe it or not…”

In between “sets” of readings, we chatted back and forth, and others leapt in with questions and comments. We discussed the sense of time in the writing of poetry versus prose, the business of writing about others, and what happens when you cross a boundary and make mistakes. Evelyn had a few tough questions for me on that one.  So it was a great afternoon!